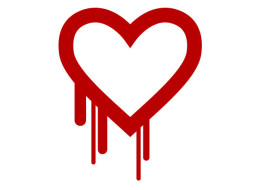 A major security vulnerability in the OpenSSL project was announced this week which exploits a programming flaw in OpenSSL dubbed the Heartbleed Bug. This is a MAJOR security vulnerability which could affect as much as two-thirds of all Internet web traffic allowing hackers to gain access to everything from user passwords to personal banking data, and even SSL private keys.

No. We've patched our servers and reissued and replaced our SSL certificates on servers that were using a flawed version of OpenSSL. We urge our SSL customers to do the same.

How can I find out if my servers are currently vulnerable?

Check out this very robust SSL Server Tester from the folks at at Qualys SSL Labs.

Maybe... maybe not. It depends. Microsoft's IIS web server does not use OpenSSL, however, as ZDNet's Liam Tung explains, "Microsoft's extensible web server IIS was not affected by the bug. However, that doesn't mean companies that run their websites on it won't be affected..."

If you have any further questions or concerns on this, please contact a member of your GeoCerts SSL Support team via phone, ticket, or chat.

Please contact our support team if you have any additional problems or questions.

How to install an SSL certificate on multiple servers
Nov 5, 2021
7 Tips That Will Help Protect Your Website Guests' Data With SSL Certificate
Aug 9, 2021
What GeoCerts is doing to combat ransomware
Jun 9, 2021